Do You Need Accidental Damage Coverage? 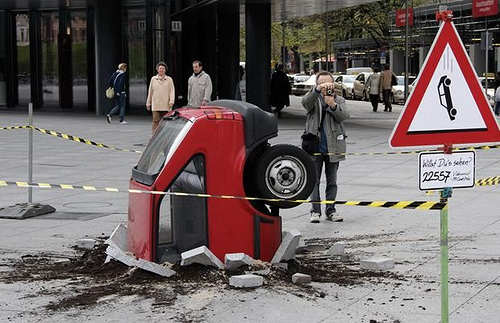 There have probably been a handful of times when you accidentally destroy a window or section of siding on your house during the seasons (Christmas lights are always a fun way to ruin the holiday). Sometimes, it's by the hand of your child or pet, though neither of them are likely to admit it. Regardless, there is a sort of insurance perk that specifically applies to this. It goes by accidental damage insurance or accidental damage coverage, creating a policy for exactly what the name implies. Read on below to find out more.

Essentially, it means any sudden damage that takes place due to unforeseeable and external action that is non-deliberate. It sounds like what the name implies, meaning accidental damage. In other words, it means a fluke occurrence that damages property or other important items covered by your insurance. That doesn't mean something wearing down over the years will be included within the plan like a desktop computer that has been slowly approaching its end for six or seven years. If it were accidentally damaged, say by dropping it down the stairs, then it would be covered.

Unsurprisingly, young children are the root of many insurance claims. You may not have your own children, but your sibling's kids will likely visit at some point and then the risk factor rises. If your sister's daughter manages to somehow break your new flat screen television, it will likely be covered; this kind of incident would fall under your insurance policy's accidental coverage requirements more often than not. You may be able to use the plan for coverage of things like juice stains in the carpet, though that varies from company to company.

Most policies do not cover things like your dog ripping up the curtains. They see it as something you opted in to do for yourself, meaning you understood the risk of own an animal. The vast majority of insurance providers will not cover this kind of damage, so expect to train your house pet. Specific animals are even excluded from certain plans such as raccoons and moles. If outdoor animals aren't included, don't expect the pet you chose to own to be covered either.

Things can go wrong when you're fixing something in your house. Sometimes your plumbing isn't a professional as you think and within seconds, your entire kitchen is flooded and you can't seem to stop the water damage from getting any worse. Stuff like this is usually included in an accidental damage insurance policy.

At the end of the day, accidental damage is a good choice if you're planning on getting homeowners insurance. As an additional package, it typically doesn't cost too much. Be wary, however – some companies are known to exploit this and take advantage of otherwise good clients. Make sure to research the provider you're considering going with and read reviews before dipping your toes in the waters of accidental damage.